The Association of Aid for the Victims of March 11th has held the first edition of the 11M Ayuda Awards at the emblematic Círculo de Bellas Artes in Madrid on November 16.

The event was presided over by the Hon. Mr. Mr. Juan Ignacio Zoido and several representatives of the administration and other victims ‘ associations have been present, as well as partners and sympathizers of the entity itself.

The first prize granted was to Samur Civil protection, for the work exerted that fateful day; From the hands of Doña Ángeles Domínguez, President of AAV11M, Dr. Isabel Casado collected the prize and gave an emotional message in memory of those invaluable performances. 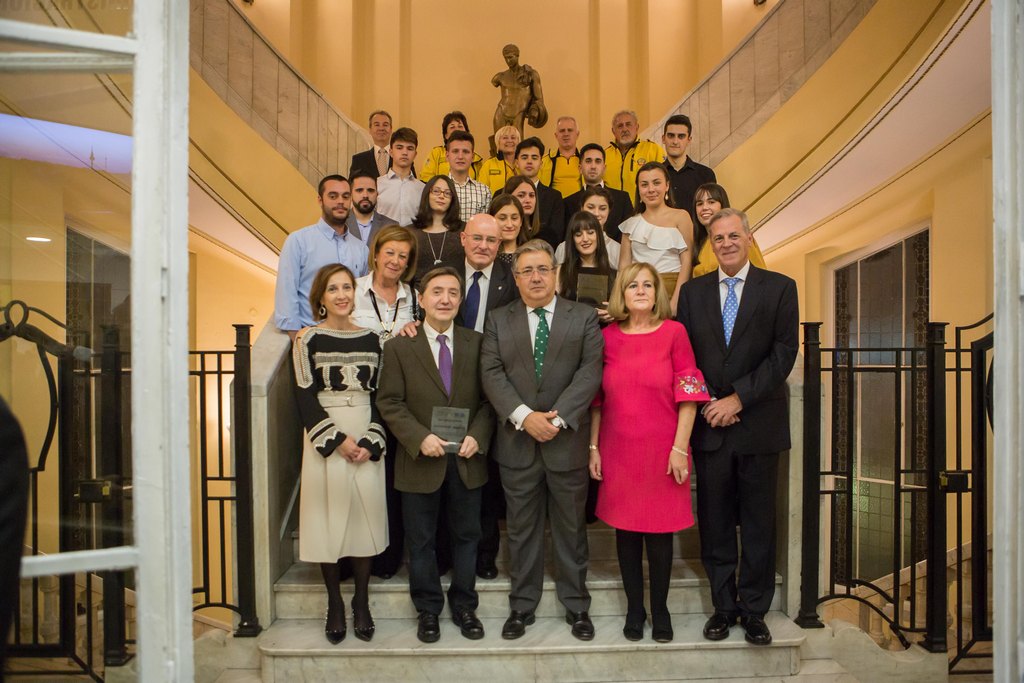 The following winners were a group of young partners of the entity, pioneers in the participation in international projects and whose commitment was not other remedy than to be recognized, for being, as said the act’s conductor, D. Iñigo Molero, “the most active important of any association, its youngest members “. They picked up the prize from Mr. Minister of the Interior and Ángel Serrano, the eldest of them all, thanked this award on behalf of them all.

The tribute to the communication media fell to the esRadio / Libertad Digital group, for their unconditional support throughout this 13 years of this Association, support that was reiterated by its president, Mr. Federico Jiménez Losantos, in his speech of thanks as well as his Endeavor not to forget any dead.

Undoubtedly, the most emotional moment occurred when recognition was given to D. Gabriel Moris, father of Juan Pablo, murdered that March 11. Don Gabriel dedicated some beautiful words to the association through the voice of his daughter, who shocked the whole room.

The act concluded with the words of the Hon. Mr. Mr. Juan Ignacio Zoido, minister who since taking office, has shown a special sensitivity to the victims of terrorism and whose presence, the AAV11M, thanked with all his heart.