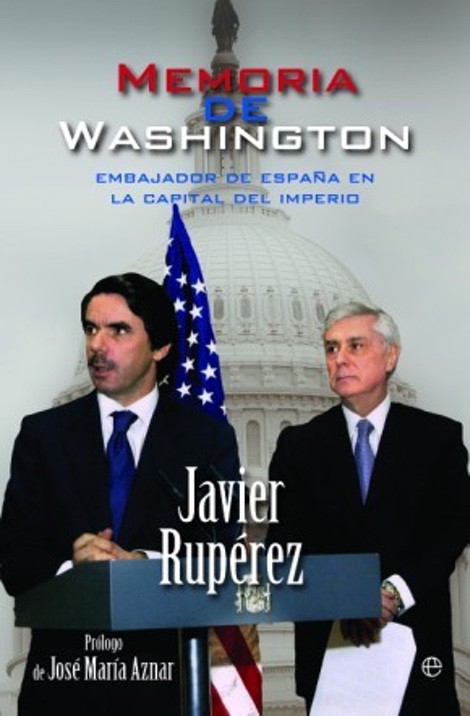 Javier Rupérez, a Spanish diplomat and one of the most notable personalities in the political world, as Spain's ambassador in Washington, he lived some of the most significant events in contemporary history: the terrorist attacks against the United States on September 11th, 2001, the second Gulf War in 2003, the terrorist attacks in Madrid on March 11th, 2004 ... Rupérez has poured his memories into Memory of Washington, an indispensable book to know and understand the details of relations between the United States and Spain, while a valuable contribution to the knowledge of the reasons and interests that condition the contemporary evolution of international relations.

Ambassador Rupérez's account, enriched by cross-references to his political experience and diplomatic career, is a refreshing and novel contribution. Washington's Memory captures attention from the front lines and ends up demanding the reading we dedicate to good novels of intrigue: curiosity first, growing interest later, accelerated passion later, in the hasty search for the outcome. From the hand of the Spanish diplomat and politician, we have the rare privilege of entering the Oval Office of the White House, touring the verdicts of the presidential mansion, spending a weekend at Camp David, approaching George Bush's ranch in Texas, following the Kings of Spain in a tour of the Spanish states of the United States of America, to accompany José María Aznar on his visits and to meet the Clintons, the Bush, Colin Powell, Condoleezza Rice, Donald Rumsfeld, Dick Cheney, Madeleine Albright, and so many others that in the proscenium or behind the scenes formed the rich tapestry with which they built the best relationship that ever existed between Madrid and Washington.
Share