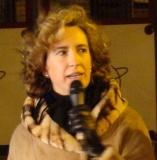 When I received news of ETA’s most recent statement, I felt, at first, deep sadness. It would seem that ETA is going to stop killing us. After having threatened, tortured, kidnapped, murdered, and extorted a large part, ostensibly the non-nationalist part, of Basque society for many years. I feel dizzy, a kind of nausea which arises from the belief that this statement came late, too late, for Gregorio Ordóñez and the hundreds and hundreds of other people killed by ETA. The photo of three hooded men wearing berets saying that they will not kill any more makes me extremely uneasy. This, when what some of us want is the unconditional surrender of ETA, not its reincorporation into the political process. Because even though ETA does not acknowledge this in their statement, they have used murder to further their political project, they have got rid of political rivals such as Gregorio Ordóñez. Now they hold power derived from the graves of hundreds of murdered people, with no acknowledgement of guilt or blame for the suffering they have caused.

When I hear our political representatives, the president of the government, or the head of the opposition and possible future president, speak, I feel very worried. I am worried about what will happen to the terrorists currently serving prison terms. I think of the more than 200 murder cases which still have not been resolved. I worry that with a simple petition for clemency, a terrorist who has committed murder could be released from prison, that pending cases will be suddenly closed, that files and hearings will be scattered to the wind. That victims and executioners will be described in the same way, to give credence to the indecent claims of a “conflict”, the version of reality which holds that two groups were in conflict. That we have all suffered. This is a lie.

Those who wish to forgive can forgive, if they wish to see ETA triumph they can become traitors. But I will feel the same compassion as that felt by the terrorist who stuck his gun into the back of the innocent head of Gregorio Ordóñez.