European victims of terrorism, experts and professionals exchange opinions and experience regarding the use of terrorist victims’ testimony to prevent radicalisation.

The event was inaugurated by the representative of the hosting partner, Impact-Arq, and chair of the day, Mrs. Josée Netten. She welcomed the participants and introduced the working day.

The opening address was given by Mr. Peter KnoopeDescargar, director of the International Centre for Counter-Terrorism. The first panel focused on good practices and lessons learned from a grassroots level. Mrs. Jo DoverDescargar, on behalf of the Peace Centre Warrington (UK) and Mrs. Gemma Groot KoerkampDescargar from the Dutch National Support Centre World War II Today (NL), shared their good practices & lessons learned on incorporating the voices of victims of terrorism and of War, in various activities on countering radicalisation and extremism. The DVD on NAVT was shown, presenting in a beautiful way the many events that NAVT has organised in the past, after which Mrs. Maria Lozano, director of NAVT addressed the audience, thanking all the partners for their input, energy and cooperation.

The second panel was on the European perspective and new European projects on victims of terrorism within the context of countering radicalisation. Mrs. Olivia Hyvrier-Neau spoke on behalf of the European Commission, thanking María Lozano and her NAVT team for their work in recent years. She also talked about the differences and synergies between NAVT and the Radicalisation Awareness Network (RAN). The details about the work carried out in RAN were presented by the next speaker, Maarten van de DonkDescargar. Magda RoozeDescargar from ARQ, officially introduced the new TERRA project

After lunch Saskia TempelmanDescargar, of the Dutch Ministry of Security and Justice, took the floor, speaking in a vivid way how extremism was tackled the last couple of years in the Netherlands, The third panel focused on a scientific approach. Professor Selma Leydesdorff, from the University of Amsterdam spoke on oral history and Ignacio Sell TrujilloDescargar from the University Camilo José Cela, presented a new project on emotional intelligence.

The words expressed by the representative of the Spanish Ministry of the Interior, Francisco José Alvarez SantamaríaDescargar, regarding the Spanish perspectives on radicalisation & their lessons learned, was followed by the impressive panel of victims of terrorism. It was comprised of the Dutchman Max Boon, the Frenchman Adrien AbescatDescargar, the Englishman Sef TownsendDescargar and the Irishman Stephen TraversDescargar. These four testimonies, in which they shared some of their personal experiences, showed explicitly and in a concrete, inspiring and empowering way their commitments and activities in which they are involved, to counter radicalisation. The day’s program was closed by Josée Netten, but the program continued still a little later with a diner reception offered by the municipality of The Hague, and a closing speech by the mayor of the city, mister Jozias van Aartsen. 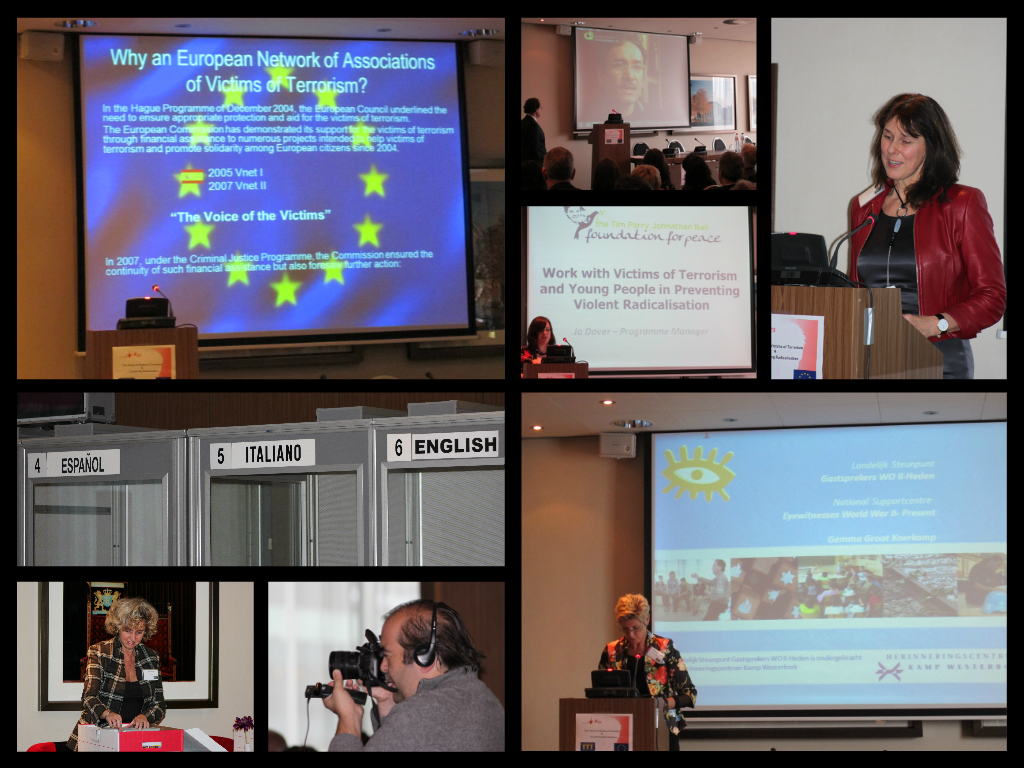 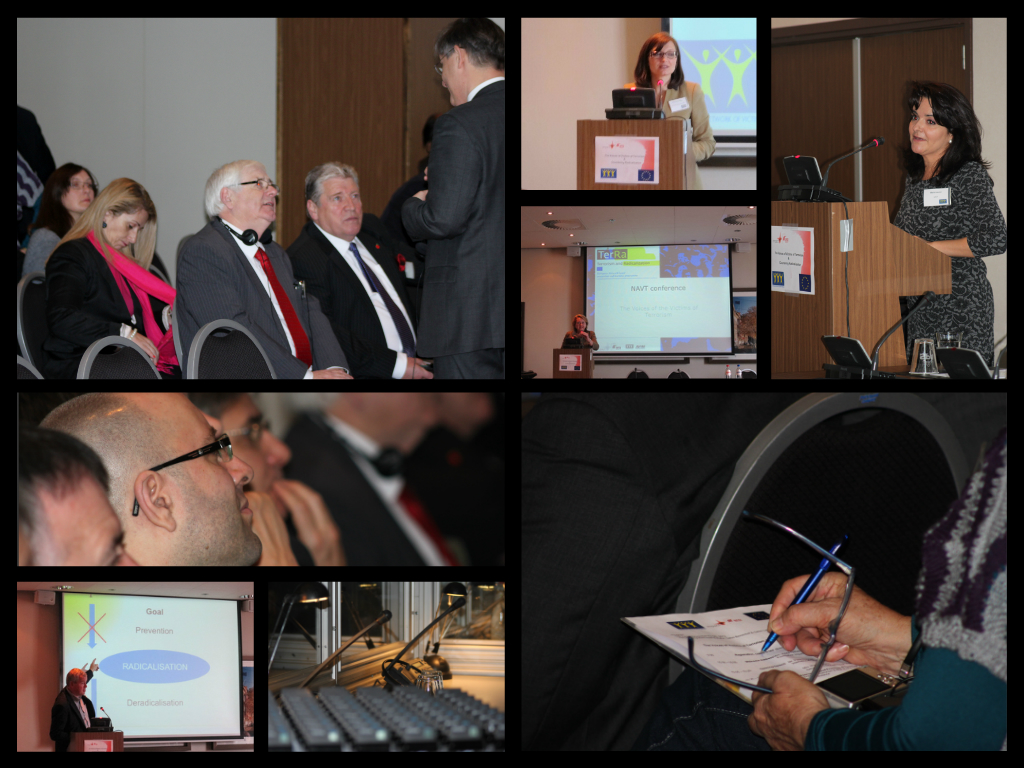 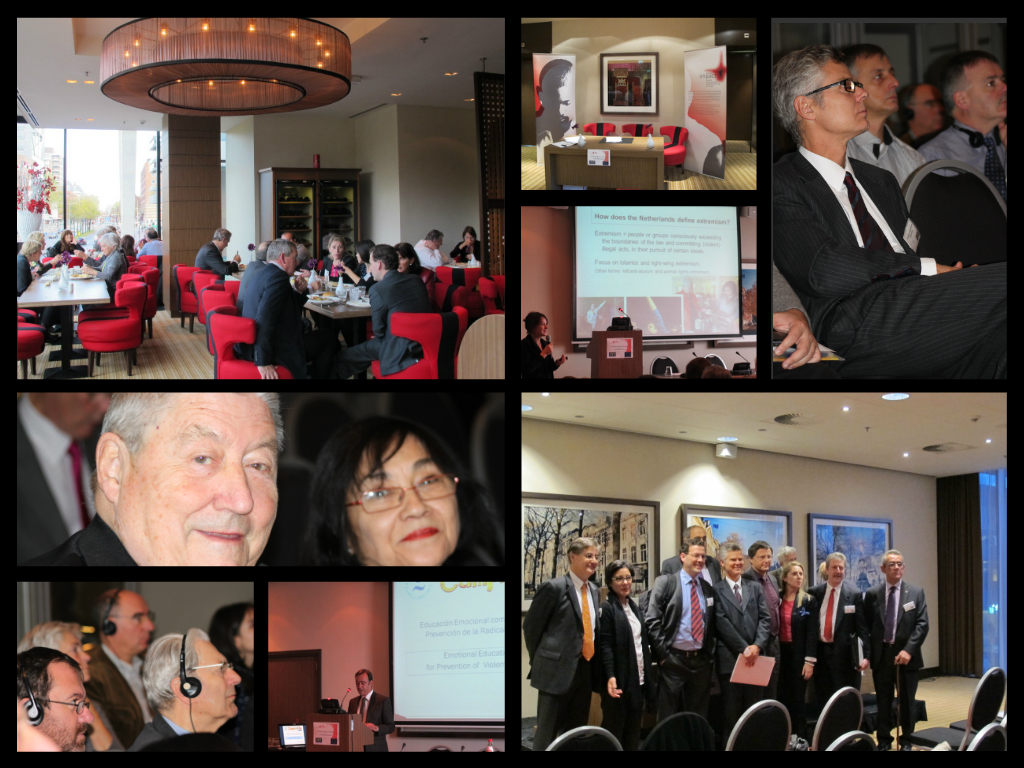 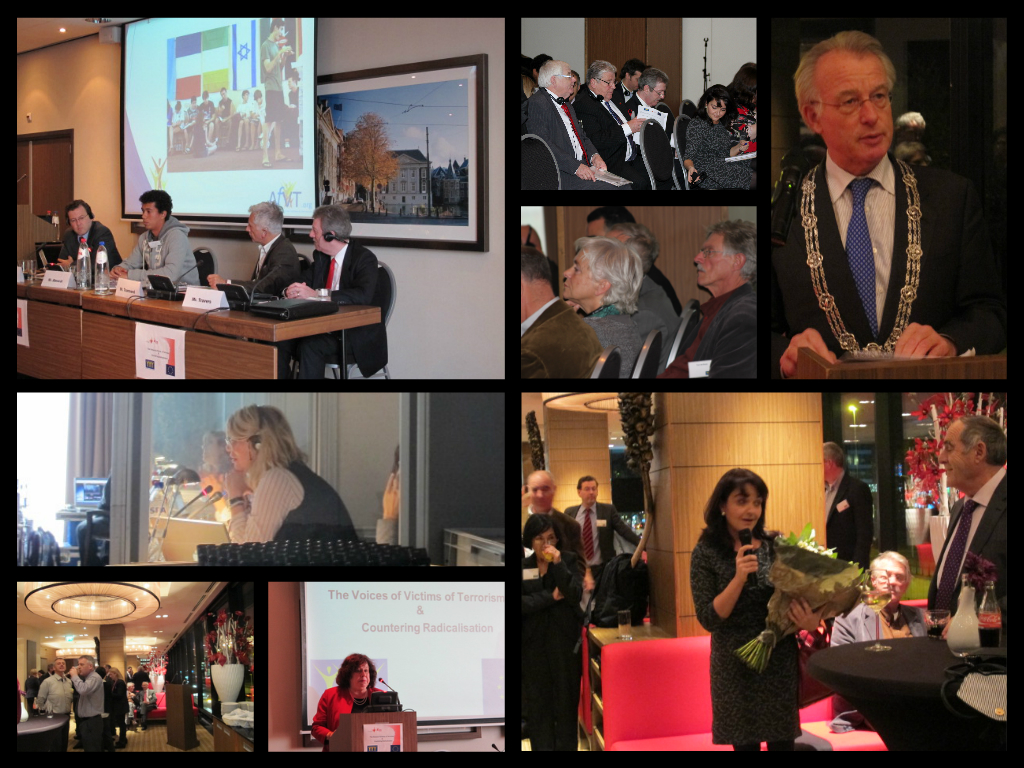